-
+
We are proud to present the classic science-fiction TV show 'Seven Days' on DVD. This DVD Set contains every episode of this show, and it's exclusively available at DVDRare.com for a limited time only! 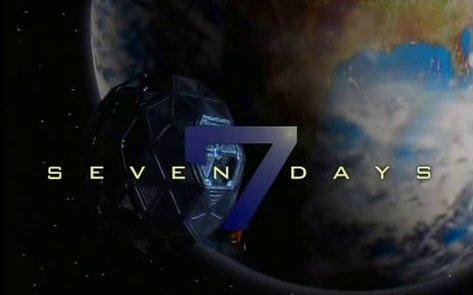 7 Days is a science fiction television series which was broadcast UPN from 1998 to 2001, and centred around the concept of time travel. The Show's name refers to the fact that 'Backstep Project' can only travel seven days back in time. The story stared by Frank Peter, a chrononaut assigned the U.S. Government, who have developed a time traveling device based upon alien technology found at Roswell. As the opening of the show says, the Chronosphere, or Backstep Sphere, sends one human-being, back in time, seven days to avert disasters. CAST: Jonathan LaPaglia Don Franklin Norman Lloyd Justina Vail Nick Searcy Sam Whipple Alan Scarfe Kevin Christy